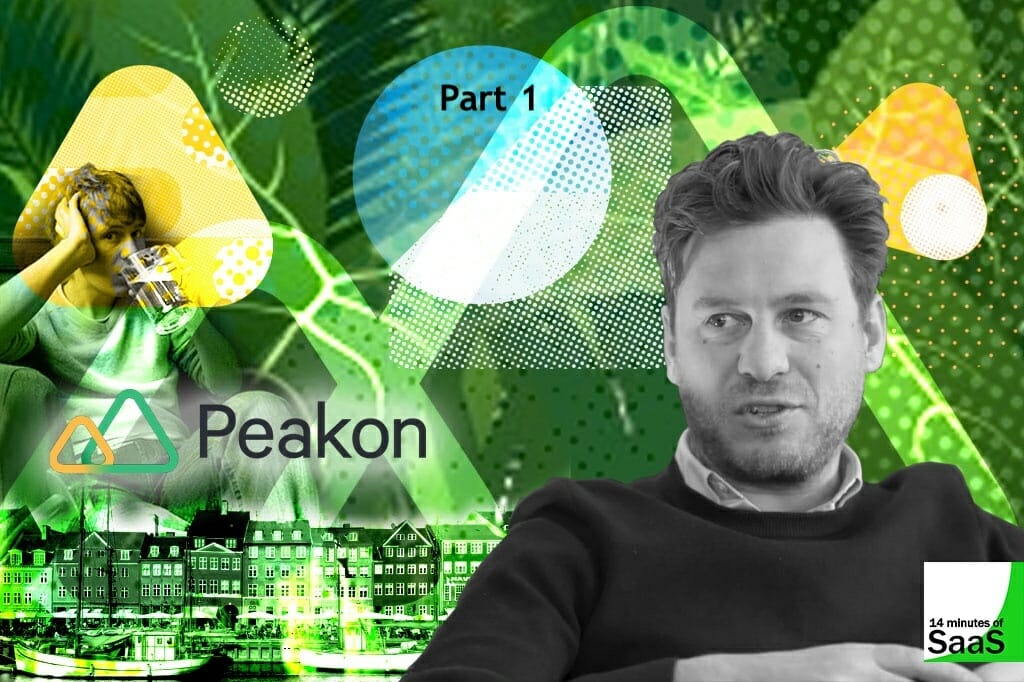 In this episode we’re in the Dublin Tech Summit or DTS with Phil Chambers, CEO & Co-founder of employee engagement and retention software leader Peakon. Founded in December 2014, it’s already raised $68M in investment. Employee numbers have gone through the roof going from 80 to 230 in the last 24 months – almost 190% growth. And it’s in the leadership quadrant for employee engagement software. Phil takes us through his entrepreneurial journey – he had a computer from when he was 5 and took his 1st steps into entrepreneurship while still a schoolkid
—

The founders of Peakon were fascinated by the fact that 70% of a company’s operating expenses are people. They wanted a real time data driven approach to retaining and improving the best staff …. They couldn’t find a solution for it and started a company to address it.

Phil Chambers is CEO & Co-founder of Peakon (a platform for measuring and improving employee engagement) – got his 1st computer when he was 5. He got into the entrepreneur path from schooldays.

He studied computer science and dreamt about working for Airbus – but they didn’t want computer grads, so he ended up in Accenture working for on a project to digitise the entire national health service in the UK.

He went from London to Copenhagen. He went from Accenture to Gumtree and then ended up in Hamburg, Germany in a company called Qype during the ‘clone years’ when European companies would copy US companies because US companies were slow to come over and localise [think Rocket Internet in Berlin].

He then ended up moving to Podio – his first B2B SaaS company [subsequently sold to Citrix for $53M] where he stayed for 4 and half years. Phil says all these moves were fortuitous flukes – but actually when you listen to him they were not really flukes – he reached out to people.

He loves the recurring revenue element of SaaS – and loves it because you can constantly improve your product through engagement with customers.

He was working out of their HQ in Copenhagen (København). He now works mostly in London and they have offices in Berlin, Auckland, New York, Raleigh

And feels that the company is a big promoter of employee success space e.g. he talks about an finding a CV from a guy called Charlie Kimber … who started as an unpaid intern and ended up as a pretty senior data scientist

Peakon is a real time analytics platform that lets you measure how your employees are doing. Customer acquisition and retention and lifetime value was well understood in SaaS.

The initial vision was by his cofounder, CSO Dan Rogers  … Phil says he has some less shareable visions that involve Elton John, but he couldn’t elaborate ….

They differentiate Peakon in that they believe its not a one and done … it’s a continuous ongoing process and approach to monitoring and improving employees without annoying people.

They now have vast data that allows them to make general observations on what should be happening with employees of certain types in certain industries. They have way north of 35M observations from their sampling algorithm across 125 countries and more than 600 customers i.e. great insights into expected benchmarks for individuals.

He addresses the specificity of the data and the meta trends … e.g. they have an attrition predictor that can predict if an employee is likely to leave – up to 250 days before it happens – based on the attrition data they’ve seen. And he says the warning signs are really not the ones you would expect. 6 to 9 months away you’ll see that the sense of accomplishment starts to decline – it’s not the typical stuff as pay and promotions etc.

They work with heavily unionised companies and anonymity is crucial – they absolutely have to avoid a big brother perception. However the real magic happens when change happens as a result of anonymous employee comments … e.g. a comment leads to the person being invited to reveal themselves to the CEO to have a chat and real change happens as a result. And the employee can take pride in, and communicate to others, that s/he was given time with the CEO to discuss meaningful change and something happened as a result.

Next week Peakon CEO & Co-founder Phil Chambers will dive much deeper into Peakon’s story and the value it delivers into our world today. He also explains how Peakon becoming a delivery hero for Nikolas Östberg gave the company its first massive break