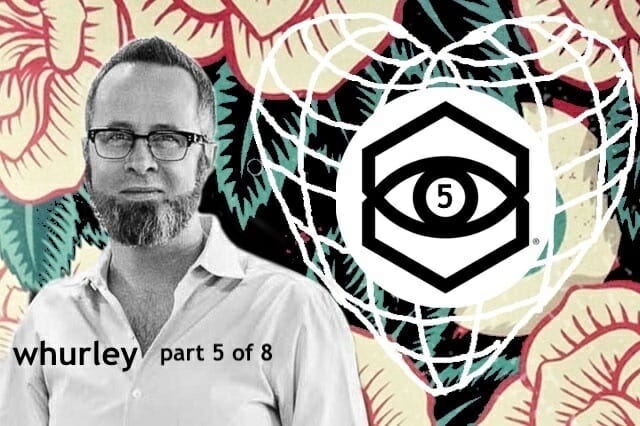 Part 5 of an 8 episode series with Whurley, CEO and founder of Strangeworks, a company accelerating the evolution of quantum computing by democratising access to it. Talking about expensive memes …  Will Quantum kill the Blockchain star? Talking about killer blindspots … Do the best companies canabalise their own markets periodically?
Is this the age of the cash calf? Big VC says “Wanna buy a bottle of fear, uncertainty & doubt?” Little startup says “Yes please”, waving goodbye to innovations prematurely. Startups seek out an early death to innovation in their quest to whipped into scalable machines. “Fear happens at a corporate level, and uncertainty happens at a team level, and doubt happens at an individual level. … Companies have a fear of change. They become very myopic. They look on the quarterly numbers. Now one thing that’s been interesting in the market is that some companies have said they are not going to do quarterly revenue updates. I actually think this is a great for innovation … If I went out and I told you that I just went $20M in debt, in personal debt .. for whatever reason. You would say I’m an idiot. But if I go out and raise $20M, I’m a hero. That’s debt. You’re giving a company control. It’s a cost. There’s a very, very demonstrable cost to raising that money.”

Welcome to 14 minutes of SaaS, the show where you can listen to the stories and opinions of founders of the world’s most remarkable SaaS ScaleUps.
In this episode, episode 5 of 8 in our discussions with Whurley he describes fear, uncertainty and doubt as innovation killers, and says that the best companies are those that can canabalise their own markets, and we’ll look at whether Quantum cill kill the blockchain star.

WHURLEY
If I worked for you at a fortune 500 company and you are my CEO and I said I did a bunch of drugs and I got drunk and in the process I found this white paper in an anonymous chatroom and I think it should be the basis of our business .. you would fucking fire me. ….  I am not impressed by the technology … If Blockchain were the internet I would be impressed … but everybody is recreating this entire system every time they create it. The hype behind it is depressing …. I am openly critical of blockchain. And people say ‘Bitcoin’ and there are so many ways to make fun of it. There are people who have made millions of dollars … sort of ….it’s an intangible asset – that’s what it is. Conceptually there are great things about Blockchain, conceptually there are great things about bitcoin, but the code behind it is terrible.

Stephen Cummins
One can’t be sure though …

WHURLEY
I can be pretty sure … this is where I build my brand in objectivity …people come to me asking if quantum will kill blockchain and they want me to say ‘YES!’ coz they know i hate blockchain …. I stay objective ….
this won’t happen because there’s a constant intertwined dance between threat and remediation …. w’ve been through this in security. The nazis in the world war had an unbreakable code

You’ve been listening to 14 minutes of SaaS. Thanks to Mike Quill for his creativity and problem solving skills and to Ketsu for the music. This episode was brought to you by me, Stephen Cummins. If you enjoy the podcast, please don’t forget to share it with your network, subscribe to the series, and give the show a rating.