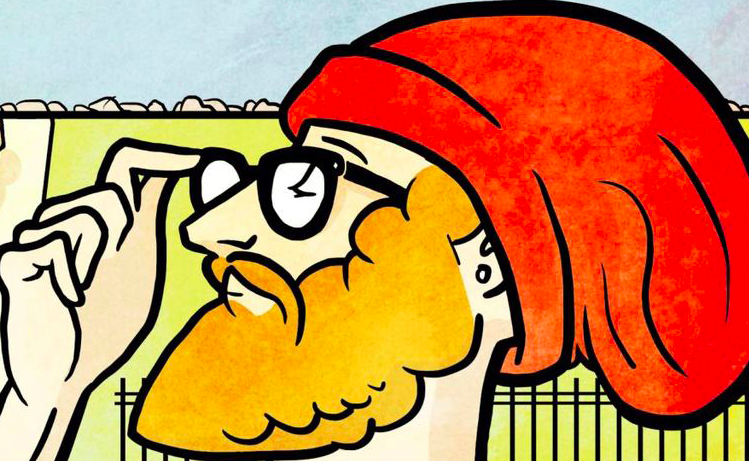 Running a group like a magazine can turn it into a growth machine. Crowdsourcing noise is pointless. LinkedIn groups being run like high quality magazines may seem counter-intuitive. Or elitist. Actually it’s a recipe for hyper-growth. Groups supposedly exist to facilitate free-flowing interaction. Allowing everybody to be ‘part of the conversation’ in a large group is not always smart, and sometimes ridiculous. Your group should be as unique and authentic as your fingerprint. That’s rare. That’s valuable. That’s attractive.

I run a the Salesforce.com group like a high quality magazine, carefully vetting submissions. It has just whooshed past 40,000 members. In the last 19 months the group has added 15,000 members i.e. grown 60%. And growth is accelerating – current trajectory approaches 60,000 members 12 months from now. More importantly, it attracts real engagement. One post in the last 3 months achieved over 500 reactions inside the group — several achieved 100++ reactions in the same period. Despite the advantageous name, this group was shrinking (and damaging to the brand) when I started to manage it. My advice is don’t let people freely post. If this sounds high-handed, ask yourself if you can imagine the editor of the New Yorker allowing anyone to publish whatever s/he wants?

Here are tips for growing a LinkedIn group successfully as a ‘magazine’.

* Define your Purpose
Why does this group exist? This should be the first item on the list, but I thought it would make a boring and all-too-obvious start.

* Define your Audience
Who is the group talking to? Not yourself I hope.

* Define your Rules
Most people will not read them, but it will clarify (and sometimes re-educate) what you are trying to achieve. Such clarity makes a group much easier to run and moderate. And of course the few who wish to read the rules will understand what the group is about.

* Be mobile sensitive
Ensure headlines are engaging and subheadlines concise and educational so that the reader derives value without having to read the article. 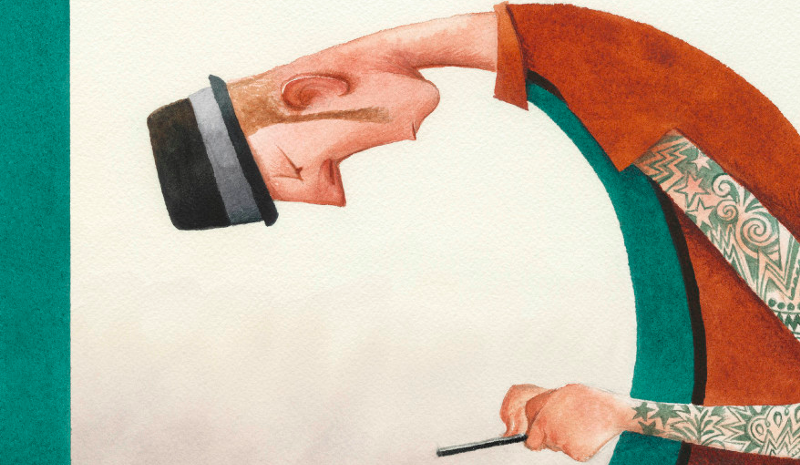 For example:
Headline: The Rise of Conversational Commerce
Subheadline: Conversational commerce is the use of chat, messaging, or other natural language interfaces (i.e. voice) to interact with people, brands, or services and bots that heretofore have had no real place in the bidirectional, asynchronous messaging context. One will talk to brands/companies over Facebook Messenger, WhatsApp, Telegram, Slack.

Without evening clicking into the article, you’ve probably learned something new and potentially valuable.

* Be a ruthless filter
Be a consistent filter. Be a bloody good filter. Respect time. It’s our global currency, it doesn’t have an exchange rate and it’s always real. There are loads of big groups on LinkedIn attempting to be giant communities. Take a random look at their non-moderated feeds. Noise. And little else. Nobody and nobodies read their feeds. I allow 5% of submissions through. The group is not as highbrow as the New Yorker of course, but articles are judiciously selected and headlines carefully crafted. LinkedIn groups can function effectively as free-flowing community platforms, but the useful ones tend to be small and relatively exclusive.

“It is the greatest good to the greatest number of people which is the measure of right and wrong.”
Jeremy Bentham

* Don’t allow members to Advertise
People will tune out. The one good change made in LinkedIn’s recent group updates was ridding the world of promotions feeds. Who on earth would go into a group and read the promotions feed? Nobody and nobodies.

* Try not to sound like the marketing department for a brand
An occasional burst of enthusiasm is forgivable. 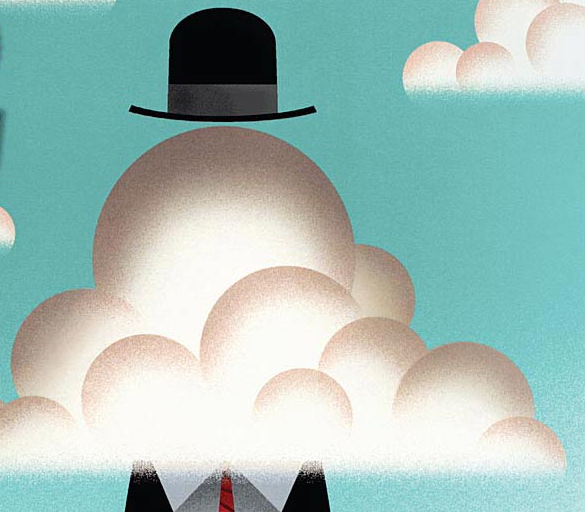 * Respect any brand that is part of the group
The group addresses the varied interests of an enormous ecosystem, but it also exercises a duty of care to Salesforce.com itself. It would be unfair (and ridiculous and unwise) not to. You don’t have to sound like a marketing department to achieve that.

* Resist flattery
You will have some people who give you wonderful support — and then expect you to publish something of below par quality at some point in time. Don’t do it. It’s never worth it. Group brand equity is hard earned. Trust is easily lost. Don’t do friends favours. Don’t be part of a clique. If ten well-known experts on a topic agree to post each other’s stuff on their blogs and twitter feeds etc, that can be useful for them. However they jointly give up the right to be unique and significantly valuable. 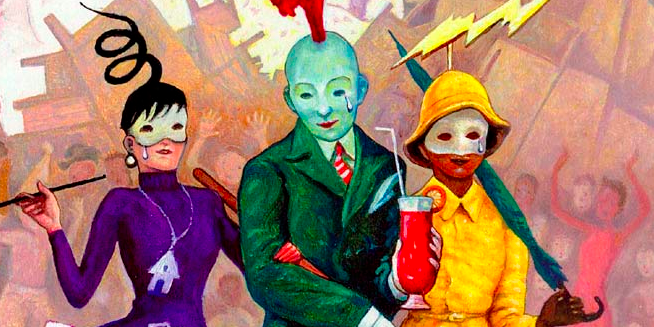 Wit, humour and a pinch of controversy are always in short supply on LinkedIn, because everyone’s on their ‘best’ behaviour. People are bored to death on social media. Wake them up and draw them in. Don’t just paste in articles.
For example:
An article was titled ….
“Salesforce is facing competition from an unexpected source: Amazon”
What a yawn! And it’s barely even true.
A little research allowed me to retitle it:
“Jeff Bezos tells Business Insider to tell us that Amazon is a big Salesforce competitor.”
(Jeff is part owner of the publication)

Headline: Marc Benioff’s statement on Fitbit resonates with Mark Weiser’s prophetic insight in 1991
Subheadline: “The most profound technologies are those that disappear. They weave themselves into the fabric of everyday life until they are indistinguishable from it.” Mark Weiser (1991)

Or be playful with words …
Headline: Cogito ergo Sum. Salesforce participates in $5.5M round. Fascinating Captain Benioff!
Subheadline: Salesforce hasn’t blinked since it fixed an eye on Data Science. Cogito’s tech is based on scientist Alex Pentland’s premise that people reveal their true intentions or thoughts via their voice i.e. pitch, tone and texture of their speech. Cogito focuses on analytics to promote empathy and connection. End game? Salesforce absorbs it into its Service Cloud. Cogito’s platform has spent 15 years in tests and then use by DARPA and the US National Institutes of Health. 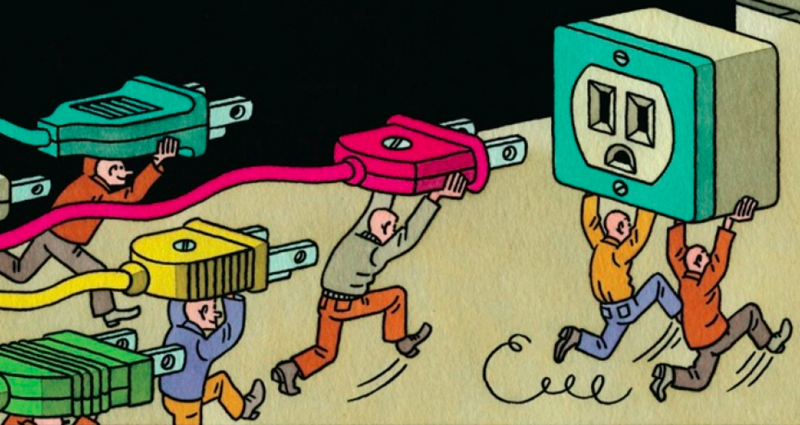 * Let everyone in. Almost.
Just moderate everything they try and post. You do that by changing their permissions setting to ‘Requires moderation’. There are exceptions to this. Do not allow LinkedIn members with zero or one connections to enter. They are usually fake LinkedIn accounts with a hidden agenda.

* Delete posts that inspire little or no reaction
Silence is golden because it’s a very strong indicator that something does not work. Groups are wonderful teachers. Large groups and bigger data possess clarity of voice. Take your earplugs out! If you have the discipline to put your group’s voice before your own opinion and biases, you’ll deliver better content every month.

* Never post pictures of people with one line quotes
If you want to attract and nurture an intelligent readership, don’t insult it’s intelligence.

* Engage every Day
Its an ultra-marathon. Only do this if it encompasses subjects that interest you and that you have genuine knowledge of.

* Be nice
If someone posts several times and her/his content does not make the grade, drop that person a polite note to explain why and suggest what they might be able to do to reverse that situation. Make no promises of course.

* Have fun and take a few risks
Apparently these are good ways to stay sane. People are incredibly intuitive. If you enjoy the endeavour and put your heart into it, they will sense it and respond warmly. Surprise and provoke them occasionally and they’ll stay warm.

“Life is either a daring adventure or nothing at all.”
Helen Keller