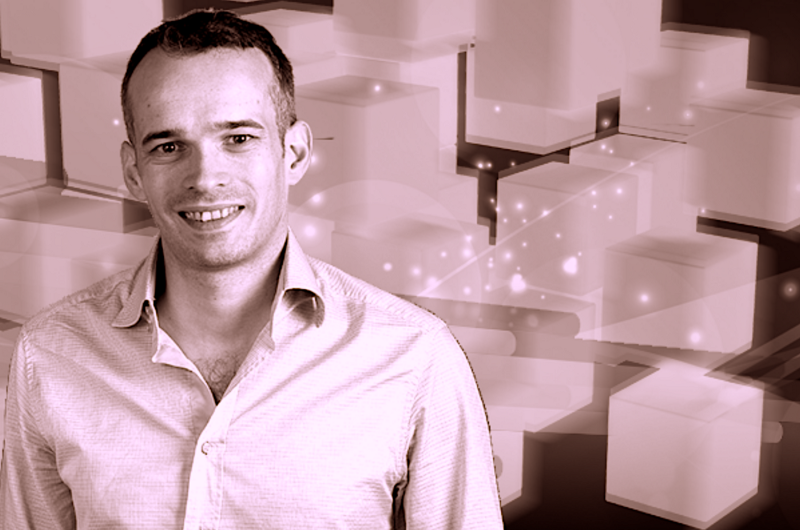 “There is more information available at our fingertips during a walk in the woods than in any computer system, yet people find a walk among trees relaxing and computers frustrating. Machines that fit the human environment, instead of forcing humans to enter theirs, will make using a computer as refreshing as taking a walk in the woods.”
Mark Weiser

In 2012, Nicolas Dessaigne founded Algolia, a company that provides ‘Search as a Service’. Algolia works with companies that build apps. It provides those companies with the building blocks to make their apps easily searchable. Algolia is also a star player in the emergence of the SaaS based API business — along with scale-ups like Twilio (telco infrastructure), Stripe (payments), Clearbit (Business Intelligence) and Contentful (Content Management Systems). Amongst the giants, Salesforce built the traditional business to business SaaS model, but it has also evolved its own hugely successful SaaS API play. But how is Algolia the wunderkind for search in the SaaS API world? Why don’t companies just use Google’s technology to make their products searchable?

Algolia v Google
Google has turned us into impatient humans.

Nicolas told me in our 14 Minutes of SaaS interview that Google has made life hard for developers building in-house search functions. They have raised the bar so high, companies struggle to get near it. And we’re all used to using Google, so we all know how high that bar is positioned. However Google can’t be all things to all companies.

Enter Algolia. It addresses a widening hole in the market created by the explosion of software product development and the implosion of user patience. It can’t match Google for generic search, but Algolia is a much better fit for many companies because of its ability to be flexible and responsive to the particular needs of an individual client. The company gets much closer to its clients and can help them build creative solutions that involve highly accurate, responsive and extremely fast search solutions.

The more specific the use case, the bigger the delta between Algolia and Google in terms of quality of delivery. That’s powerful because use cases are getting more specific over time. Google is continuously building Algolia’s market. Moreover Algolia is not just about helping users to search — they want to guide the user, making intelligent suggestions with immediacy as the user types in the query.

Nicolas feels that as Algolia progresses, it becomes better at predicting the future. “Every 6 months it’s a new company!”

The Emergence and Future of the Conversational Interface:

What is a conversational interface anyway? It’s an enabler of verbal and written interactions between artificially intelligent software and a human. They are sometimes text based chatbots, and sometimes they are voice recognition interfaces empowered with natural language processing capabilities. The virtual assistant Amazon Echo is probably the most well-known voice-based conversational interface.

Advances in natural language processing and the fact that we all have smartphones with mics connected to the web are the reasons why conversational interfaces are suddenly surging as an area of interest. These interfaces (particularly voice driven ones) will change our lives and Algolia is well placed to play a role in the future of this technological evolution.

This new wave of interfaces is likely to enhance the human experience very positively overall. I don’t think we realise how tired, antisocial and distracted screens are making us and how inefficient GUIs really are. This will all change over the next decade. And by then we’ll be fully cognisant of the dark side of our bright screens. We evolved to be social animals and we converse primarily using our voices. The more you mess with that, the more likely we are to create psychological, social, cognitive and even physical problems. The next wave of innovation will start to undo some of that damage for the next generation.

Nicolas says that conversational interfaces will be huge in 4 or 5 years. Algolia is currently working on understanding how they can integrate their technology to augment the power of virtual assistants like Siri and Alexa. He believes Amazon, Apple and Google will educate the market to have a very high expectation for conversational interfaces. I’m delighted to see sophisticated companies like Algolia focused on this space because I feel that over-exposure to screens is a ticking time-bomb — especially for our children.

“Tomorrow’s search is going to be invisible. People won’t realise they are using a search technology anymore. Everything is about the context.”
Nicolas Desaigne, Co-founder and CEO, Algolia

Big organisations with vast data and more than a passing interest in artificial intelligence are diving into conversation interface design and technology. Any UI that pretends to ‘chat’ with a human is a conversational interface. It needs to be able to ‘understand’ and respond somewhat convincingly to the natural language of a human. Conversation Interfaces will irreversibly weaving themselves into the fabric of everyday life.

“If our goal is to understand intelligent behaviour, we had better understand the difference between making it and faking it.”
Hector J. Levesque

When we talk about conversational interfaces, we’re talking about faking it in terms of replicating human conversation, but making it in terms of engaging in a valuable way. That value can be delivering your goal e.g. solving a problem directly. Alternatively it can be assisting you to progress towards your goal e.g. transferring you to a human capable of answering your question. These are some of the reasons why text based chatbots and, much more profoundly, voice interfaces will change our world:

· They are platforms agnostic and do not always need screens.

· They lower barriers between humans and computers. Anatomically modern humans, an advanced form of homo sapiens, evolved around 200,000 years ago — give or take 20,000 years either side. We started to speak human languages about 100,000 years ago, give or take a lot of long arguments. We started to speak GUI only 45 years ago in the brief age of Xerox Parc, but GUIs only reached the masses in the 80s. It comes as no surprise that we still communicate infinitely more efficiently in human languages.

· The omnipresence of screens is a big problem. We spend more time awake watching a screen than we do sleeping. And we spend more time sleeping than awake without watching a screen. We have a big problem talking about this, because nobody in the tech industry wants to say just how destructive screens can be for a child’s development. We just didn’t evolve to spend huge amounts of time reading, writing and interacting with GUIs. Behaving in such a way from an early age represents a huge danger to the cognitive and emotional development of children. I wrote about this in 2014 in a popular 4-minute article titled Evolving Away from Boxes of Tricks and Screens. The rise of the voice interface cannot happen soon enough in my book.

Stephen Cummins, Evolving Away from Boxes of Tricks and Screens

“Pretty much any website or app can be turned into a bot.”
Larry Kim

Why is Algolia so interested in voice interfaces and why might it be so well placed to become a major player?

According to a BI Intelligence survey of 950 users of Voice assistants, the top 2 uses were to ‘Ask Questions’ (75%) and to ‘Search’ (58%). And, after all, a search query and return is simply a Q & A. Hence it’s no surprise that Google are the #2 company in this space. Only a currently dominant Amazon sits above them for now. 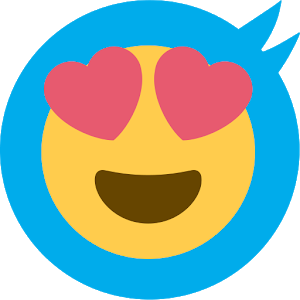 The conversational interface is evolving from chatbot to voice assistant to something I call a ‘voice friend’. All of these overlap of course, but the endgame is this voice friend. I think Algolia’s current technology, it’s stated interest in conversational interfaces, it’s huge focus on a user friendly experience and it’s obsession with evolving a culture that supports all of these things, combine to suggest a very special opportunity for them in this space.

“The best of life is conversation.”
Ralph Waldo Emerson

A Healthy Obsession with Culture

Nicolas is extremely proud of maintaining a relatively horizontal culture of integrity and mutual respect within and between his teams. He loves seeing developers and sales people working together on discovery calls with customers. I know from experience that this is something rare in the traditional SaaS space. You might have a sales person with a semi-technical pre-sales engineer on the line. However, Algolia is a leading light in the emergent domain of the SaaS API. It’s dealing with developers that are allergic to spin. They want detail and they want their hands on the product yesterday. This API-centric sales process is usually much more complex, high touch and interactive than a traditional SaaS sales process.

Nicolas takes customer obsession to an extreme level. If a premium customer is down for 5 hours, Algolia will refund up to 6 months. Essentially they refund up to 1,000 times the downtime. This sort of self-imposed pressure has proven to be very healthy in the past. One of the best decisions Salesforce ever made was to launch trust.salesforce.com. Such transparency was great for the company’s brand equity because transparency looks great, but the far greater benefit was that it forced Salesforce to hold its own feet to the coals. It realised that if it’s servers were not up virtually continuously, it was going to fail as a business. This transparency kept that uptime front of mind 24–7.

Algolia also understands how critical it is to have trust as a core business value. You get the feeling with Nicolas that this is not just a smart strategy, it’s a core part of values he builds into the company’s culture. Developers, product managers and heads of IT suffer very few fools gladly. Algolia makes an internal culture focused on optimising the end-user experience and the employee experience part of its external brand. It wears its heart on its sleeve like a badge of honour. And why not? A strong focus on positive human experiences is always something to shout about.

“You want people walking away from the conversation with some kernel of wisdom or some kind of impact.”
Harry Dean Stanton

If you want to listen to my conversation with Nicolas and other amazingly successful SaaS founders, visit 14 Minutes of SaaS – a new Podcast series produced for AppSelekt. It’s a joint initiative by Stephen Cummins and Nick Curtis-Davis.

If you end up loving the new podcast series, then please rate it in places like these: iTunes / Apple Podcasts and Stitcher and loads of other places easily found like android etc. Just look for 14 Minutes of SaaS.

And if you want to see me talk, I’ll be delivering the keynote and working the SaaS Monster stage as MC in Collision (May 1st 2018) — the US sister event to the global Web Summit.